16 Reasons why to  explore Body, Mind & Heart Connection @ Inside Awareness?

Read more about Inside Awareness

Did you know that it is easier to smile than it is to frown? 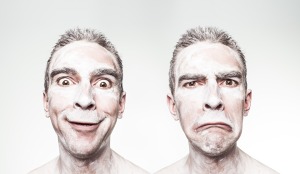 Now from a somatic perspective smile and frown again, however, notice your inner sensations.

Now practice smiling and frowning at others and notice their reactions.

At Inside our focus is on self-awareness and empowerment through somatic learning to nurture deeper intelligence of  when one is in a state of  connected (being presence) or disconnected (fight, flight or fight) by understanding cause of ones own reactions.  Pivotal point of re-balancing.  This includes perception, movement posture,  sensations (sometimes called emotions) and environmental causes.

Connect to learn how you can book privately to discuss your needs or learn about workshops you can take!

Posture collapse! Find out more about how fear, pain and movement go hand in hand in ultimate experiencing! Your life can change in a moment….

I saw a new student to our balance class walking in behind her walker.  She was bent completely over with arms outstretched in front of her, hands on the walker handles, head and eyes looking directly down towards the floor.  I was surprised and curious at how to teach the class and include her.

Sitting down on a chair was an effort for her with turning, twisting and letting go of the walker to sit down all the while talking and totally unaware that we had started the workshop. She began her story before coming through the doorway and didn’t stop for most of the class.

Her story, the one that gave away the secret of her current condition was possibly the first one she shared.  One we could all face in some way.  She had taken her elderly husband into  an overcrowd hospital where they left him in a bed in the hallway.  She tended to him herself and when trying to lift him she hurt her back and bent over in pain.

From the looks of her posture she never stood back up!  Did I forget to mention she is 4 foot 11 inches and a senior!

After many doctors visits with x-rays she heard there was nothing medically wrong.  No spine or brain damage and no strokes, etc.  In addition to her fear, she now experiences her husbands feelings of frustration at her condition.. She has fallen a few times and lost three teeth.

Some challenges we experienced together with her loss of connection to her own body:

Surprisingly she grew up a dancer and taught it up until that hospital visit you read about above. When she began to listen and follow our guided movement patterns she recognized them as movements she made and taught in her own classes.  Now in her frozen state she wasn’t making these movement patterns that were hers for seventy years.  Pain and fear had erased them from her posture and memory!.

How do you learn? Where do your emotions and thoughts come from?

#1.  You are borne into an environment

This is how a culture is formed!

#2.  You have the INHERENT ability to learn INDEPENDENTLY stimulated and shaped by your environment

First learning is inspired through movement!

The good news is you never stop learning!  You have the ability to change your own conditions through awareness techniques and skill building that will create the environment for your own future generations!  Change the future by shifting the past, now in conscious presence.

Make a difference.  It begins with you! 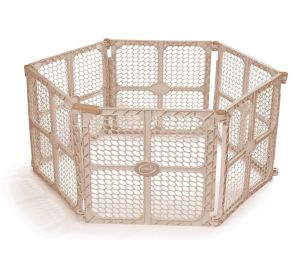 To go beyond the imposed constraints and false emotional realities,

To support a healthier culture that cares for themselves, others and the planet equally.

To live as though values matter,

By speaking your values creating autonomy

Tagged Balance, Behavior, Culture, Emotions, Environment, Feelings, How do you learn?, Movement, thoughts, Where do emotions come from?, Where to thoughts come from?

At  Speaking Peace workshops we introduce words that are sometimes mistaken as feelings.  These words are actually evaluative experiences that are added in our statements after the words, “I feel…..,”  or “I felt….” Our workshop exercise is to identify the true emotion and consider the unmet need creating these feelings.

An example is the word betrayed.  I feel betrayed is an incorrect use as betrayed is not a feeling.   It describes an experience.  The feelings one might feel may be hurt, downhearted, wretched, devastated, discourages, lonely and more (see photo above for more).

Once true feelings are named our speaking peace process is to look at the unmet value needs that make be causing these feelings. These could be the need for:  respect, honesty, consideration, to matter, trust, support and more (see photo for more).

Consider our Speaking Peace courses and workshop!  Learn more about how to connect with more clarity, understanding and empathy!

Five steps to put on your ‘aging to do list!’

Find out more about Personal Development Class Series and Workshops

SOMATIC MINDFULNESS from the Inside Out

THE CHURCH OF TRUTH ~ Oneness Wednesday’s

with Renee Lindstrom in APRIL, 2014

Begin your Spring with  exploring mindful somatic connections in your body, brain and behavior functions. Increase clarity using a technique to explore your own self-image and heightening your sensory awareness.  Expect to be taken through guided exercises that may give you a surprising outcome!  You may bring a blanket to lie on and remember to dress comfortably.  (Recommend no jeans or tight belts)

Each of the following Wednesday evening events may leave you with a heart-mind-soul connection not unlike devotion even though the focus is softening an inward view of oneself.

Wednesday, April 2, 2014
The first Church of Truth Oneness Wednesday of April  will be a journey of inner reflection and connection that will let your mind become restful.  Through focused movement and a quiet mind you may find a gap of clarity become available.  This result is much like a sitting meditation yet with a different focus.  The difference is in meditation the focus is on observing your mind and this focus will integrate your mind!
By integrating your mind it will cut confusion and balance body and mind, behaviour and increase your ability of inner focusing.   This somatic awareness enhances your meditation and yoga practice, it doesn’t compete with it!
Wednesday, April 9, 2014
On this second Church of Truth Oneness Wednesday in April you will  focus on deepening body awareness to encourage a quieter mind and expanding your “3 D self-image.”  Currently the world reflects back to you your self-image.  Often it is a mirror reflecting back to you your self-image.  This evening you will explore a somatic experience of your own self-image.   Enjoy increasing your potential of experiencing more balance in your environment from the inside out!
Wednesday, April 16, 2014
On this third Church of Truth Oneness Wednesday of April you will experience a focus on body movement that becomes prayer like in your own balance of inner and outer connection!  Not to be missed if you want to find yourself in self-connection that is unlike any other system! You may find yourself in a state of appreciation that you may not be expecting and it is without any doctrine or guru.  It is simply through your own ability to connect to all parts of yourself in a balanced and harmonious way.
Wednesday, April 23, 2014
The fourth Church of Truth Oneness Wednesday of April will focus on a movement sequence that will be a gift for a lifetime.  It will be a movement pattern that is easy and that will balance your emotions, nervous system and your bad posture habits.  This pattern sequence will support your nervous system and given you a strong ability to cope with your every day life.  It may become a must do sequence of self-connection before  meditating! It will enhance all your abilities and deepen your coping skills!
Wednesday, April 30, 2014
The fifth Church of Truth Oneness Wednesday of April will bring you into exploring bigger movements to integrate your body, mind and behavior inner sensing into regular daily activities and others you pursue such as dancing, walking, fitness.  The skill of observation will give you increased awareness of yourself in other areas of enjoying your life!