Learn how to make cream cheese, whey & fermented foods, and about 5 Ways to enhance your focus of attention, improve somatic movement & communication skills

Book a personalized Coaching session for self, work, group or create a retreat
250-361-7508

Explore how your environment is contributing to any blocks you are experiencing in your ability to transform your personal goals.  Create a supportive environment to help you integrate your dreams.

Did you know that food can create a shift in your emotions?

Check out these 7 clip-art pictures of certain emotions & feelings that can be shifted with food!  Yes with food.  Food can increase our levels of tolerance by creating a healthier gut and communicating with the body via biological systems, such as the endocrine glands and nervous system – read more  or pick out group that represents you dominate emotions and go to link of healthy emotional foods for that group. 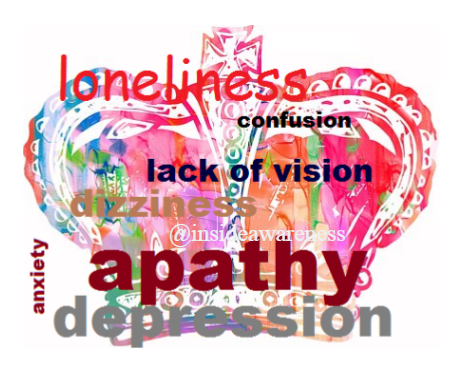 Click to link to foods for balancing these emotions with diet:   to link 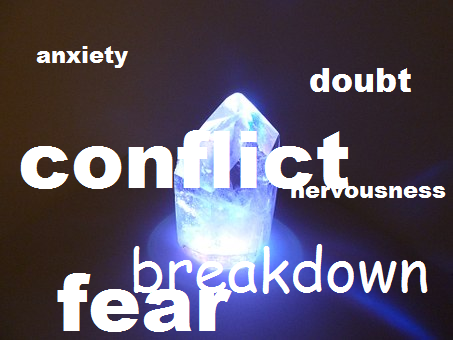 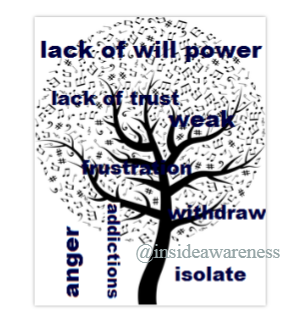 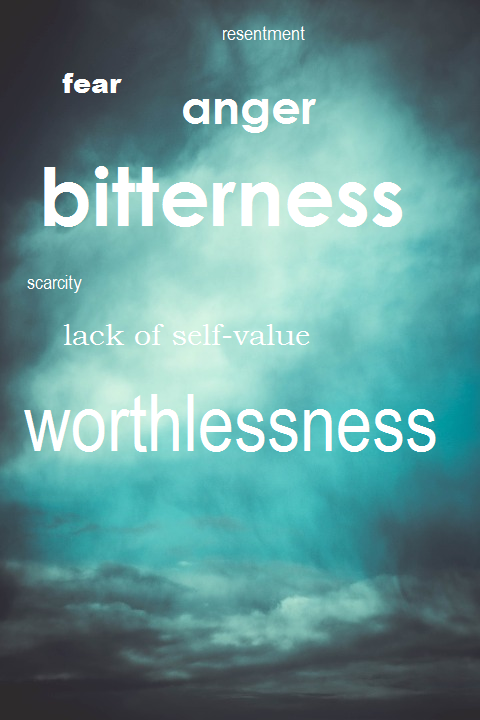 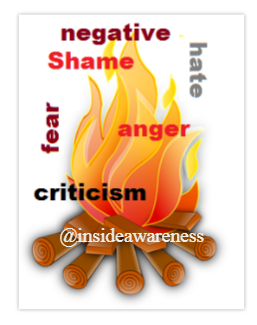 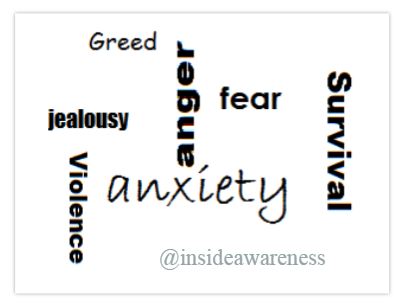 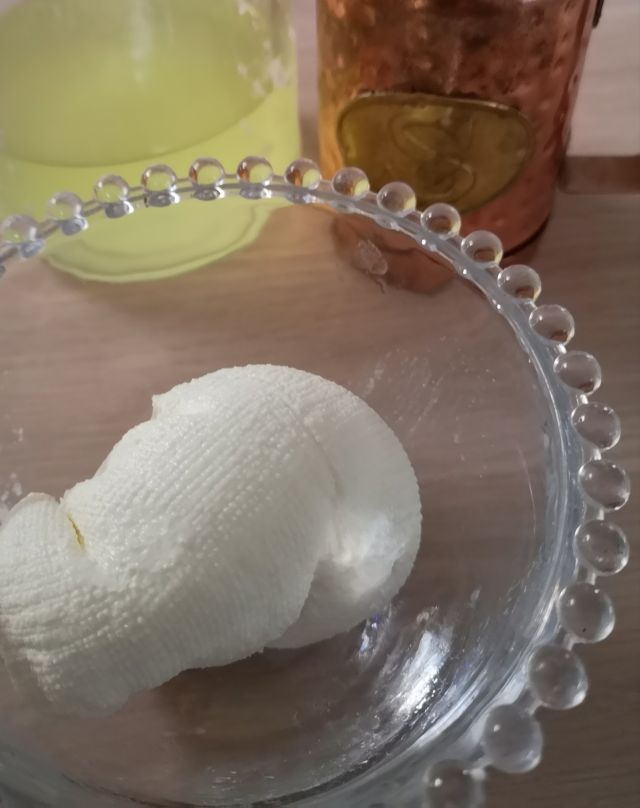 Making yogurt with two ingredients led to making home-made cream cheese.  What is so wonderful about this is that I am left with 2 cups of   whey.

Whey is a whole protein that has 9 essential amino acids and is low in lactose content.  Starting with home-made yogurt means no additives.  Simple ingredients with no preservatives or sugars.  Clean food!

Make your own yogurt, cream cheese and whey for the holidays!
Start with simple yogurt recipe
or with simple cream cheese recipe
use whey in:
Bone Broth
Fermented Food Recipes
Soups, Stews, Shakes

fermented Foods are fun & healthy living foods for the holidays:

Observing people’s posture in standing and walking for the past 10 years has been educational.  I have begun to notice subtle posture nuances that clearly indicates ones state of mind and their physical and emotional well-being.  The most common condition I am observing in people is a separation between what one thinks and a connection to physical movement.

Generally I notice ones focus of attention is on interpretation of what is happening versus actual experience.  For me this means having a fixed perspective, opinion or belief.  If a physical ailment surfaces there is a fixed belief to go and have someone fix it or use tools to make physical movement easier.  Tools like a cane, walker, scooter, special chair and bed.    What’s missing is an easier possibility!  This is the exploration of how to move differently.  I am not referring to practices such as yoga, therapy, stretching or exercising as the difference is that you are following a limited structured pattern.  I am referring to increasing awareness of feeling how you move in the process of moving.  This includes increasing your ability to focus your attention on how each bone  and joint movement can be sensed.

When mobility increases I notice that there is an increase in coping.  The mask of fear, anger, pain and anxiety is replaced with a peaceful and open appearance.

Recently I wrote about settling the fight, flight, fright experiences of the Hippocampus from the perspective of communication.  I have noticed that another more effective way to settle these reactions has been through the application of Feldenkrais® Movement.

Working with three ways to settle ones flight, fight and fright reactions I find the application of Feldenkrais Movements the quickest and most effective for shifting and integrating change.  It engages more immediate functional connection between ones physical, mental and emotional states of being.  Many times I have experienced someone in a series of 6 classes for balance where after the first or second class someone has given up their cane.  They describe that they are less fearful to stand and support themselves.

This year a trend has been the lack of  connection to feeling one’s legs.  I had to purposely show  someone that they dragged a leg behind them when there wasn’t any physical reason for this.  It turned out this leg had been broken years before and this person forgot how to use this leg.  This resulted in collapsing. When life became too difficult to enjoy they requested an operation, however there wasn’t anything to operate on!

Recently I encouraged someone to consciously shift weight purposely into one of their legs and their reaction was to say that this leg couldn’t support them.  I asked them how they had walked all these years and suggested that this leg must actually be supporting them.  We spent a few minutes practicing shifting weight from foot to foot and their fear was tangible.  A short week later the leg that was not trusted appeared stronger and I smile as there was no hesitation in using this leg.  The fright, flight and fight reactions were not visible!

What is exciting as a practitioner giving guidance to explore patterns of movement is that there it bypasses the stories in ones mind and focuses them on discovering their movement process.  It teaches them ways to feel the movement.     It increases present awareness (being in the moment).

To other ways for calming ones state of flight, fright and fight can be through increased understanding of your emotional and intellectual functions and your environment.

16 Reasons why to explore Body, Mind & Heart Connection @ Inside Awareness?

Are you like me? Do you observe body postures in other’s? Check out these walking postures….

Are you like me? Do you observe body postures in other’s? Even prior to being a movement specialist I focused my attention on people’s body language. I remember a cuz asking me why I was looking at a friend of hers as she was walking towards us. Only I was a teen and didn’t know the answer at that time, which as it turns out is how I take in information!! For me, what people say out loud sometimes and what their body story do not match up. Even at an early age I began listening to body postures, not words!

In this picture above this gal has a nice upper and lower rotation however her head is locked! You can see that her right leg is forward while her left should is rotated forward, however her head is locked in a forward facing position.  What does this mean?  Her movement is not efficient so she is using too much effort in her activity.  What can she do differently?  Unlock her head and let is swing slightly as she moves forward.  Why?  Well let me show you some outcomes of a locked head (securely placed in one position always).

This posture is nice example of upper and lower rotation in walking. His head rotation is looking over his right leg to look at something on that side of him. However, for a more perfect alignment to support his babies weight, his head could be looking over his left leg.

Can you turn your shoulders left and right while turning your head in the opposite direction?

Learn more about your movement @ an upcoming workshop or class @ Monterey Centre – upcoming calendar. Movement focus events are on; Jaw, Balance, Walking, Breathing, Sitting and Self Awareness in Movement.

As I consider today’s Self-Awareness through movement workshop I am searching for a focus point of motivation.  Recent Feldenkrais students have deepened the connection between left and right brain movement actions.  I recognize that this is the intention for today, the balance of the right and left brain in movement that creates  presence in action.

Babies are the most present and aware beings on the planet.  They have to be to be able to teach themselves to roll over, sit up, crawl, stand, walk, run do somersaults and cartwheels.  This will be a good place to focus the workshop participants.  Not on doing cartwheels, exploring babies first movements!

One segment of society that I have consistently worked with this past decade is seniors, men and women.  This includes those with diagnosed conditions and those without.  As my experience of theirs and societies behavioral patterns become more recognizable, I find an urge to begin to write a series to share some aspects that I am discovering that influence false believes of  aging.    If you are interested in learning more, check back in to explore this series!

Recent Comment:  Thank you for the amazing session which helped me to better understand the pain and anxiety issues I’ve been dealing with. Very insightful experience. I felt way more relaxed Friday evening and I’m monitoring myself to help ensure I’m releasing tension and breathing properly. Am impressed by it and by your skills. D

Yesterday at my Awareness through Movement® class on Balance a participant mentioned that when she went to her Doctor, his solution for her was to say,   “Just, stop falling!”

Your Jaw and you

How many of you are familiar with your jaw?  If so, is it because it is tight, sensitive, painful or locked?

This week I worked with a client whose legs started shaking dramatically when massaging their tense jaw.  She had chronically locked her jaw so tightly that it affected how she supported herself through her legs.  Later she mentioned that her walking improved!  Imagine that?

Another client coming to discuss walking explained to me they had surgery on their jaw as a teenager.  Apparently wearing braces had changed the position of their lower jaw.  When the braces came off the teeth were straight but the upper jaw was quite a bit forward of the lower jaw.  The over bite fix was tragic! Breaking the jaw and moving it forward.  Wow, at no time did anyone consider simple learning exercises for releasing the jaw may reduce the need surgery?

Come to an upcoming workshop series and find out more about how jaw health.  For example how your eyes, ears, cheeks, neck, chest, shoulder and arms can or can be affected by what is happening in your mouth!