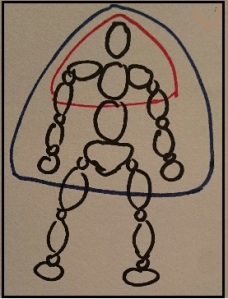 Level two Of Jaw Release begins immediately on floor mats with a guided check-in to connect and focus on personal sensing.   In re-attaching ones head to core movements the Jaw Release Awareness through Movement® lessons are designed to draw ones attention to the rotation triangles of  the head, arms and shoulders.  It starts with the farthest point from the body – ones hands!  Quite interesting to think about how one’s hands are connected to one’s jaw.  In particular when during one’s lifetime the focus is on isolating ones mouth with attention only on the placement of  teeth!

This would be a great workshops for your Dentist office employees!

Below is a description to the  three parts to the workshop:   Re-attaching Head for Whole Movement in Jaw Release.

Attention is first drawn to the movement in ones extremities,  the farthest parts from the  body core.  It begins with the joints in one’s thumb and fingers, before moving closer inward to ones shoulder and spine to sense and notice movement in ones palms, hands, wrists, elbows and shoulders.

Figure 2 – Thumb and Finger Tips Together

Movement then shifts into ones shoulders, ribs , spine, neck and head beginning with sensing and noticing regular up and down motions of ones breathing pattern.   The integration of further patterns creates ease in rolling ones head left and right that includes a short introduction to synchronizing movements in rolling ones head forward and back in time with ones pelvis.

The first two parts of the Jaw Release Workshop is designed to increase one’s sensing skills so  that in the third part the movement patterns one begins to sense the differences within ones mouth and how the jaw  and neck moves in time with one’s tongue!

This program is suitable for all ages in all situations.  These movement patterns can be restorative or for learning to improve your functions.  Can be taken into the office  and schools for increasing brain function and reducing distractions.  It is the natural next step to mindfulness training however, it is based on the real function of one’s senses so opens a new one to a new experience.  An experience of being present in action; walking, talking, thinking, being!

Excellent for improving ones abilities and experiences such as for those chronic sufferers of TMJ or to:

Interested in becoming more fully present in how you walk and act in your day-to-day activities.  Consider Feldenkrais® as it is the next level to your mindfulness or yoga training to become more fully aware of your spontaneous movement patterns versus holding  a pattern.

Book an Educational Program for your Office or School

Triggered? Let’s call it what it is! 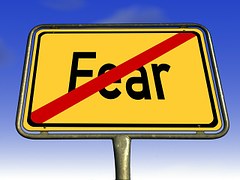 Your Jaw and you 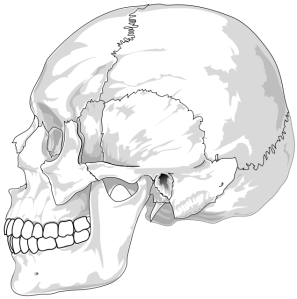 How many of you are familiar with your jaw?  If so, is it because it is tight, sensitive, painful or locked?

This week I worked with a client whose legs started shaking dramatically when massaging their tense jaw.  She had chronically locked her jaw so tightly that it affected how she supported herself through her legs.  Later she mentioned that her walking improved!  Imagine that?

Another client coming to discuss walking explained to me they had surgery on their jaw as a teenager.  Apparently wearing braces had changed the position of their lower jaw.  When the braces came off the teeth were straight but the upper jaw was quite a bit forward of the lower jaw.  The over bite fix was tragic! Breaking the jaw and moving it forward.  Wow, at no time did anyone consider simple learning exercises for releasing the jaw may reduce the need surgery?

Come to an upcoming workshop series and find out more about how jaw health.  For example how your eyes, ears, cheeks, neck, chest, shoulder and arms can or can be affected by what is happening in your mouth!

Hands, Computers and You

Hands, Computers and You – An Article on Feldenkrais by Cliff Smyth

We use them almost constantly. A considerable portion of the neurons in the somato-sensory strip of our brains is devoted to them. Yet, as with many aspects of our embodied lives, we often don’t pay much attention to our hands and arms – until we experience some discomfort or pain.

The computer revolution, especially rapid in the Bay Area, means more and more of us spend more of our time sitting (or slumping!) in a chair, making fine movements with our fingers, holding up our arms and hands, and focusing our eyes on characters on a screen.

I remember 30 years ago we used to laugh at the futuristic cartoon character George Jetson who got pain in his finger from his job of pushing a button all day! Today many of us know that pain and discomfort associated with using a keyboard is no joke.

Conventional wisdom says that changing the physical environment through ergonomic improvements or altering the amount of work done (not always an option for many of us) are the best ways to prevent or reduce computer-related injuries.   read more

Feldenkrais®, Feldenkrais Method®, Functional Integration®, and Awareness Through Movement®, are Servicemarks of The Feldenkrais Guild®