This year I spent Earth Day in a quieter more profound way that I have in years. Earlier in the year a natural shift to connecting in Earth in a quieter more personal way, from the inside out began naturally.  As life with children shifted into adult relationships, nature is beckoning me back in unusual ways which means an unplanned sabbatical from the interactions of a new thought community leader and activist?  Or,  an evolution out beyond right and wrong thinking into a more direct connection.  Maybe?

However this article is about coming down with the worst cold/flu over this years Earth Day Celebrations I have experienced since nursing babies.  Not that I was run down physically, I have recently  been supporting someone close to me in their emotional pain in a more direct way than usual.  This was personal and  healing for both my child and myself.   Yet it left me vulnerable to picking up this nasty bug!  Uncomfortable, however lucky too!

With no energy to do anything physically commanding, yet too much energy to lay down and wallow in it, the only option was out to the garden for a silent exploration to see if there was anything that could support healing.  Thus making my Earth Day week celebrations solitary, intimate and personally meaningful by dusting off herbal books for identifying healing properties of the wild and domestic plants growing directly in my backyard.  With them making teas and remedies to support my healing. 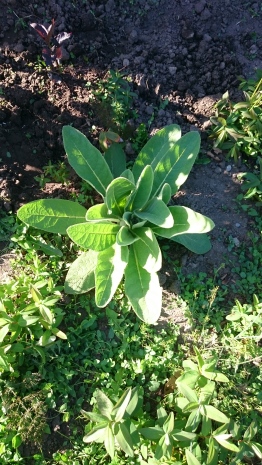 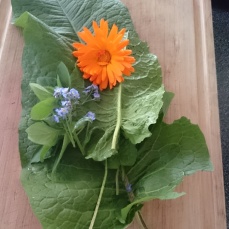 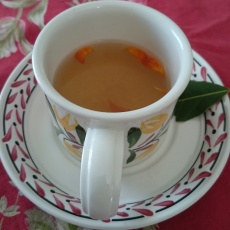 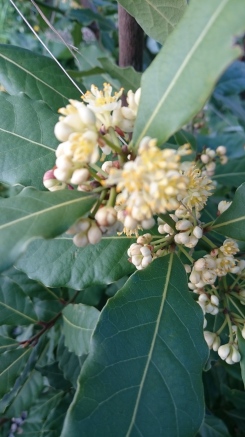 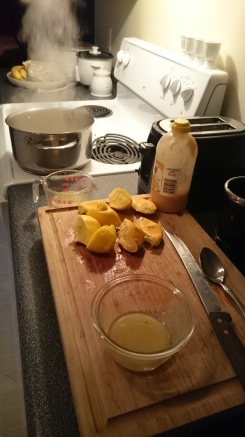 Upon the first flu symptoms I went to a pharma remedy that one of my kids left and found it disturbed my energetic field.  There was a numb feeling.   Along came other symptoms of tension, aches and pains and I found myself impatient and disconnected.

Transferring from pharma to nature’s offerings from my backyard there was an immediate difference.  I discovered chewing on a fresh Bay Leaf soothed my throat instantly.  Making teas and remedies from living foods was calmer to my nervous system with more relief than with pharma products.

All the while a single male Robin has singled out four houses with their tall standing trees as his territory to sing his mating call.  He has been a steady and patient boy for over two weeks.  On the morning nature called me outdoors to explore its healing plants, this Robin began his song before day break.  It is the sound I woke up to and as I lay for a moment listening, I remembered his sound was the last one I heard before going to sleep long after the sun went down.

In previous years planning and organizing materials for community events was my focus of attention.  The challenge of these types of events has been interrelationship conflicts of right and wrong thinking, moral judgement’s, comparisons and personal opinions.  The biggest challenge I believe our culture has in saving the planet is their own limitations to valuing themselves and others in a way that there is environment sustainability.