Cerebellum is a Latin word that when translated into English it means little brain.  The circled part of brain pictured here is the Cerebellum.  It is located behind the brain stem just under the two lobes of the brain.

Early in my Feldenkrais training a video was shown of Dr. Moshe Feldenkrais working with an infant who was borne without a Cerebellum.  Her name was Elizabeth.  Elizabeth’s parents had been told by numerous Doctors after her birth that she would never be able to learn, walk, talk or think.  Their predictions and recommendations were dismal.  In their first meeting Dr. Feldenkrais told Elizabeth’s parents that she was far more intelligent than her earlier Doctors had predicted.  As it turns out Elizabeth did grow up and attend University and had the ability to walk independently.  Thankfully her parents didn’t listen to all the earlier diagnoses and continued their pursuit of supporting their young child to reach her potential!

Why am I writing about the Cerebellum today?

This body part became a dominate focus of attention in meditation this morning.  While sitting I guide my focus of attention through my body parts for a sensory check in, especially if I feel agitated. My intention is to discover  where the agitation is located.  Having a strong Kinesthetic sense means that if one part of body function is agitated balance is off. This sitting and scanning pattern allows for awareness of what is out of balance and gives the opportunity to pause and observe the agitation. 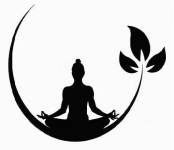 Usually recognizing it without going into story or strategies is enough to clear it.  If not, this recognition cultivates awareness of how this imbalance may influence the days functional abilities giving more choices of how to respond versus reacting.

It’s important to increase understanding of the impact the Cerebellum has in our moment to moment living experiences.  It governs key functions such as speech, mood, fear and pleasure response, balance and posture, mental function, movement, motor learning, and vision.  ​It receives information  from other regions of the  brain and body to coordinate and control voluntary movements.  Recognizing the world events is influencing  my cerebellum gives me pause to consider that it will be a major influence in others current experiences as well.

The Cerebellum is known as the fear and anger center which communicates with the pre-frontal cortex.  Five tangible ways you can choose to increase the window of tolerance in the fear and stress responses of in the cerebellum region: